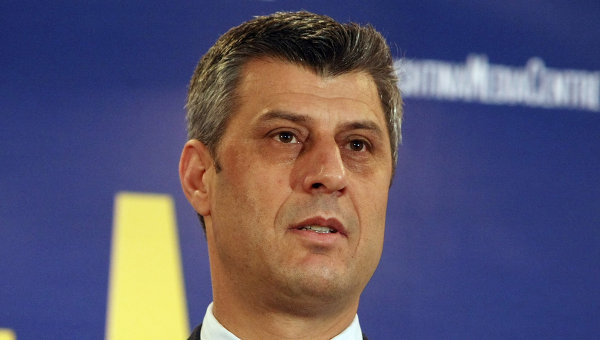 From RIA Novosti:  Kosovo, which unilaterally proclaimed its independence from Serbia in 2008, may get NATO membership within four years, Kosovo’s acting premier said.

The Kosovo government, led by Hashim Thaci, had to resign after the parliament voted in favor of a no-confidence motion introduced by the opposition. However, Thaci hopes to regain the post as a result of the early parliamentary elections slated for December 12.

"I hope that during the first 15 month of my second term [as prime minister] we would get a visa-free regime with the European Union. And, during my term, Kosovo will become a NATO member," he said in an interview with Austria’s national daily, Der Standard.  (photo: Ilya Pitalev/RIA Novosti)