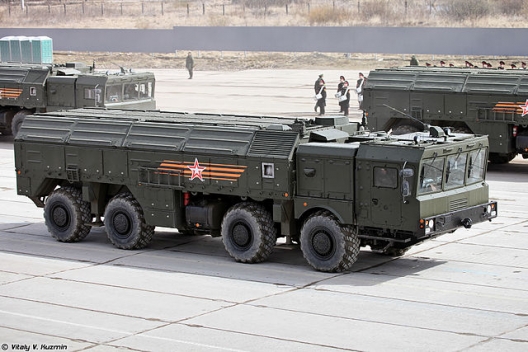 From AP:  The Kremlin says Russia will take countermeasures if the U.S. places new nuclear weapons at a base in Germany.

Kremlin spokesman Dmitry Peskov’s comments, reported Wednesday by Russian news agencies, came in response to a report by Germany’s ZDF television. The report said that preparation is underway by the U.S. to station B61-12 nuclear bombs at Buechel Air Base in Germany.

ZDF said its information was based on examination of U.S. federal budget reports. The claim couldn’t immediately be confirmed….

Peskov said “unfortunately, if this step is implemented … it may disrupt the strategic balance in Europe and therefore will clearly make Russia take corresponding countermeasures to re-establish the balance.”

From Christopher Harress, International Business Times:  German media reported Tuesday that the U.S. Air Force would station a minimum of 20 B61-12 nuclear bombs in Germany moving into the third quarter of 2015, as per a defense budget decision made last year.

The U.S. already has nuclear weapons inside Europe as part of a NATO-sharing program. While the countries involved — Germany, Belgium, the Netherlands, Italy and Turkey — are technically non-nuclear states, they store, maintain and provide the means to deliver the weapons on behalf of the U.S. military.

From Lidia Kelly, Reuters:  Russia may deploy Iskander ballistic missiles to its enclave of Kaliningrad if the United States upgrades its nuclear weapons in Germany, the Interfax news agency cited a military source as saying on Wednesday.