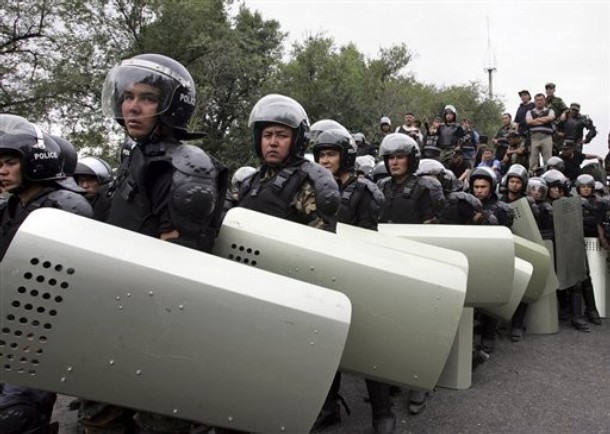 From RIA Novosti:  Kyrgyz President Roza Otunbayeva has lifted the state of emergency and curfew declared in southern Kyrgyzstan two months ago amid interethnic violence, the Kyrgyz government’s spokesman said on Monday.

"The state of emergency in the Osh and Jalalabad regions of the republic has been lifted. The decision comes into effect at midnight on August 9-10," Farid Niyazov said. …

Otunbayeva will sign a decree setting Kyrgyz parliamentary elections on October 10 on Monday night when the state of emergency in the south of the country is lifted, Niyazov said.

Kyrgyzstan held a referendum on a new constitution in late June.  (photo: AP)