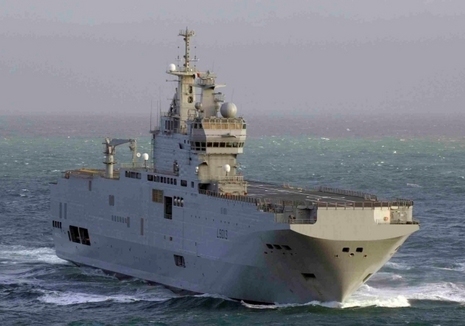 From RIA Novosti:  Latvia will ask NATO for support if Russia deploys French-built Mistral warships in the Baltic Sea because it would change the balance of forces in the region, Defense Minister Artis Pabriks said on Wednesday.

"If these helicopter carriers appear in the Baltic Sea, Latvia will ask France and NATO in general for military and political support," Pabriks said. "The size of this support should be adequate to restore the balance of forces in the region."  (photo: defpro.com)