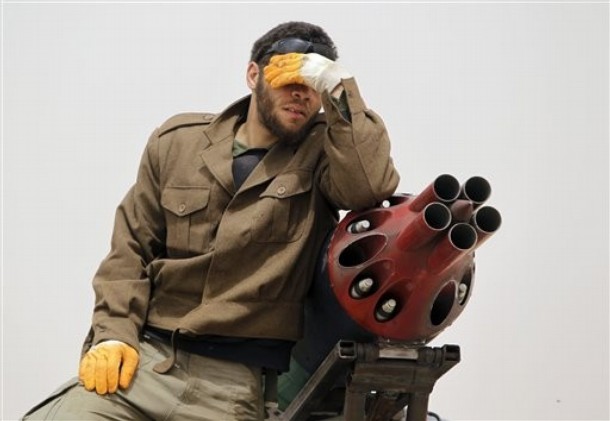 The strike hit a rebel tank column as it advanced on the disputed oil port of Brega on Thursday, causing a confused insurgent retreat back from Ajdabiyah, gateway to the uprising’s stronghold in Benghazi.

NATO, which is enforcing a no-fly zone in Libya aimed at protecting civilians, on Friday acknowledged that its planes were probably responsible for the friendly fire incident, the second in a week. Officials apologized for the error.

Rebels heading west from Ajdabiyah toward the front against forces loyal to Muammar Gaddafi said the peach paint on their vehicle roofs was to avoid more friendly fire.  (photo: AP)