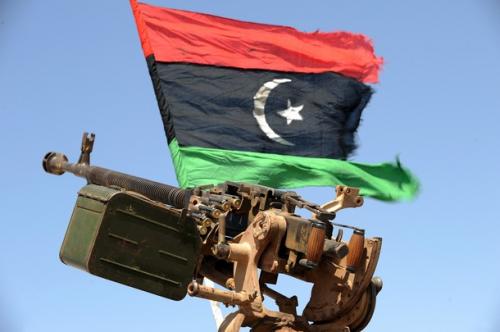 From Kenneth Weinstein, Real Clear World:  What we saw in Libya is the emergence of something akin to warfare for the networked age: the full-fledged emergence of shifting coalitions of the willing based on participating nations’ domestic political calculations and military readiness. . . .

The extent to which the victory in Libya represents a replicable template for other conflicts is yet to be seen. This was a limited operation in the Mediterranean backyard of some key NATO members, not a major conflict with, say, China or Russia, where the alliance might be significantly divided. And we have yet to enter the stabilization phase of the operation, a phase to which NATO has yet to commit, and the part of the Iraq operation that proved most complicated.

However, the fundamental point is that European states successfully took on more responsibility through NATO, not the EU, in a conflict that few predicted until earlier this year. The NATO alliance has proven its resilience. This may lead to a redistribution of roles and responsibility in NATO, but this is no bad thing. American leadership will not always be missing as in the early days of this conflict but greater contributions from the Europeans are needed. If the will Europe summoned in Libya is to be repeated in the future a critical question is whether the increasing unwillingness of European populations to fund defense programs will be reversed.

If so – and under stronger American leadership – a new and revitalized NATO, one whose members are called on more equally to contribute militarily, could continue to be a major factor in the decades ahead.

Let us build on this success while we await the emergence of the new Libya.

Kenneth R. Weinstein is president and CEO of the Hudson Institute.   (photo: Getty)