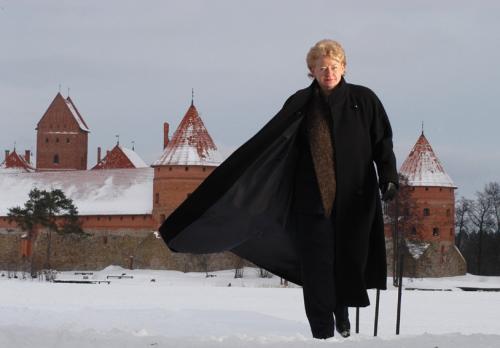 From Reuters:  Lithuania, marking 20 years since its declaration of independence from the Soviet Union on Thursday, remains wary of huge neighbour Russia and is looking forward to the "health insurance" of a new NATO Baltic defence plan, President Dalia Grybauskaite said.

Lithuania, Latvia and Estonia joined NATO and the European Union in 2004 but were rattled by the August 2008 war in which Russia defeated another former Soviet republic, Georgia.

"The Baltics do not ask for anything special. Contingency plans exist for all NATO member states, and the Baltic states would like to have the same," Grybauskaite told Reuters in an interview this week when asked why the three small countries needed a special NATO plan.

"It’s a kind of health insurance: it does not mean you will get sick, but it is better to have it…"

Grybauskaite said NATO’s defence plan "was not finalised, but it was on the way". (photo: European Commission)