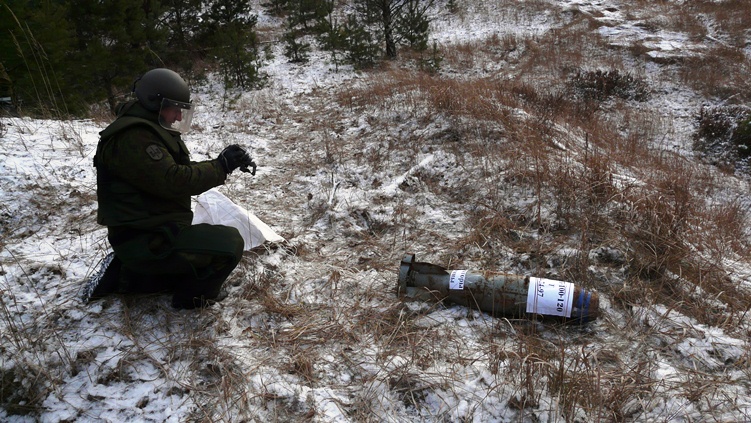 The Lithuanian Grand Duke Algirdas Battalion will also commit its 2nd Company for the year-long standby in the NRF in 2013 which will act as a Force Protection Company in case the NATO Response Force is activated.

The NATO Response Force (NRF) is a highly ready and technologically advanced multinational NATO force, one of the core combat instruments of the Alliance. The NRF is made up of military units which are committed by allies and maintain high readiness in their home countries for a set period of time prepared to deploy into an operation theatre in case a decision to activate the NATO Response Force was made. Once the decision is made, the NRF is capable of deploying within five days.

The NATO Response Force initiative was announced at the Prague Summit in November 2002. The decision to use the NRF is made by the North Atlantic Council. From October 2005 to February 2006, elements of the NATO Response Force were used for the first time in Pakistan after a devastating earthquake. Then Lithuania contributed a Water Purification Unit to the humanitarian effort operation.  (photo: Lithuania’s Ministry of Defense)