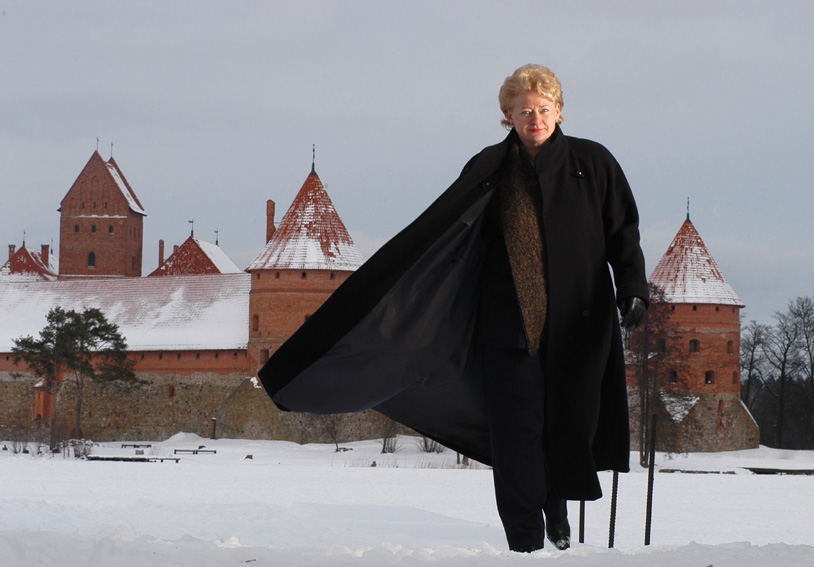 From the AP:  [Lithuania’s] President Dalia Grybauskaite has goaded the United States — unsuccessfully — to share information on two CIA prisons she says were set up in Lithuania, openly disagreed with the U.S. on missile defence and in perhaps the most shocking move, snubbed U.S. President Barack Obama at a dinner in Prague last year, even though nearly every other Eastern European president attended.

Since becoming Lithuania’s president in 2009, she has wasted no time defining her leadership. "Yes, you have to be a strict and loud partner if you want to be heard in the conversation," Grybauskaite, 55, told The Associated Press. …

After the Obama administration, along with Russia, unfurled a strategic missile reduction plan — dubbed New Start — Grybauskaite was the only ally who criticized it, claiming the plan harmed Lithuanian security.

"Lithuania is not used to a straightforward, terse, forceful way of making statements. I admit using this style in pushing NATO defence plans for the Baltic states," she said.

"I am afraid that if I had chosen a different tone, Lithuania and its neighbours would be still waiting another six years for these," she said. …

A February poll by Lietuvos Rytas, the country’s leading daily, showed her with a more than 80 per cent approval rating.  (photo: European Commission)