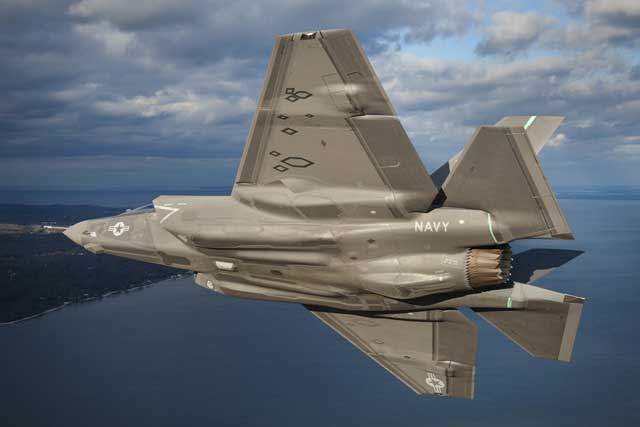 Efforts to fix the problem are well underway, a top company official said.

“The good news is that it’s fairly straight forward and isolated to the hook itself,” said Tom Burbage, Lockheed program manager for the F-35 program. “It doesn’t have secondary effects going into the rest of the airplane.”

Moreover, the rest of the design of the tailhook system, which include the doors and bay that conceal the device and other ancillary hardware, is sound, Burbage said.

“What we are trying to do is make sure that we got the actual design of the hook is optimized so that it in fact repeatedly picks up the wire as long the airplane puts itself in position to do that,” he said. . . .

The reason the problem with the hook arose in the first place is because of the inherent constraints of building a stealth fighter, said Burbage. The F-35 is the first naval stealth fighter and as such, Lockheed had the unique challenge of designing the jet with a tail-hook that had to be concealed when it’s not being used.

Because the tail-hook has to fit within the outer mold line of the F-35, the device had to be fitted further forward on the jet’s ventral surface than on other naval aircraft, Burbage said. The result is that the hook behaves differently than on previous fighters like the F/A-18.

In an ideal world, an arresting-hook will catch a wire 100 percent of the time, however in the real world that doesn’t happen due to various dynamic forces, the veteran former Navy test pilot said.

In the case of the F-35, one of those dynamic forces includes the way the wires react when the jet passes over them. The wire reacts in a sine wave pattern, Burbage said. “The time differential between when the main gear rolls over the cable and the time the hook picks up the cable on a more convention airplane, there is more time for that wave to damp out,” he said. “In the case of the F-35, one of our design constraints is that hook just has to be closer to the main landing gear than on a conventional aircraft because of the requirement to hide it inside the airplane.”  (photo: Lockheed Martin)