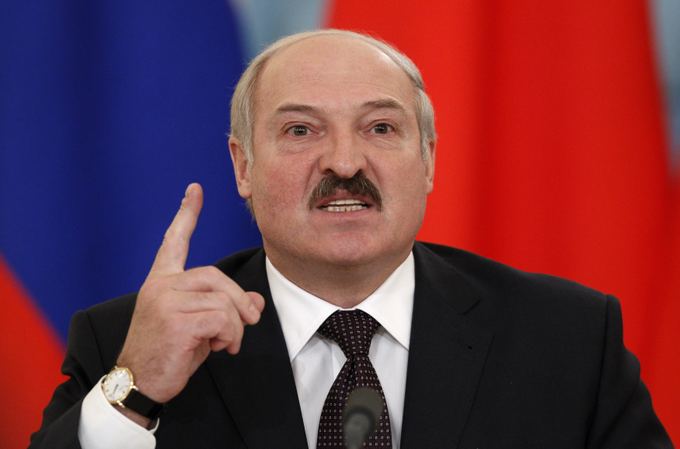 From Timothy Heritage and Richard Balmforth, Reuters:  He is a pariah in the West, viewed suspiciously by Russia and loathed by opponents in exile or jail, but Belarussian President Alexander Lukashenko is relishing his notoriety as Europe‘s last dictator.

After 18 years in power, the blunt, forceful and heavily built former state farm manager shows no sign of bowing to Western pressure to relax his grip on the former Soviet republic squeezed between Russia and the European Union.

Always defiant, often cantankerous and sometimes provocative, Lukashenko has added irony to his armory to deflect Western politicians’ criticism, touting their dictator tag as a badge of honor.

"I am the last and only dictator in Europe. Indeed there are none anywhere else in the world," he told Reuters in a rare interview in the capital Minsk in which he repeatedly referred to himself as a dictator and to his rule as a dictatorship.

"You came here and looked at a living dictator. Where else would you see one? There is something in this. They say that even bad publicity is good publicity."

Lukashenko’s words are delivered with a wry grin and a wave of his immense hands, and appear intended to taunt the critics whose calls for more economic and political freedom have gone largely unheeded since he first became president in 1994.

The 58-year-old leader does not tire of telling guests that Belarus is the geographical centre of Europe. But the country of 9.5 million does not share the same democratic values as its western neighbors. . . .

There is not a single opposition deputy in parliament. Lukashenko, if re-elected, can rule indefinitely following a referendum that allowed term limits to be lifted, and the opposition has been all but crushed into submission.

His strongest rival, Andrei Sannikov, once a deputy foreign minister, took political refuge in Britain last month after 16 months in prison in which he said prison staff tortured him and tried to get him to commit suicide.

Years of diplomatic spats with the West have left Belarus isolated, but a European Union travel and assets ban on people and companies associated with his government has had no obvious impact on Lukashenko’s policies. . . .

Lukashenko’s message to the West is one of defiance, coupled with a sense of seething injustice at being ostracized for not following Western-style policies.

"You (Europe) do not like the course Belarus is taking. You would like everything here to be sold off – in the interests of Russia or in the interests of Western companies," he said, shifting forward in his chair and almost shouting as he denounced the West, his face coloring with anger.

"You do not like the fact that we have good relations with Russia. This is determined by our history. During the last war we fought together in the trenches against the Nazis. We saved you, Europe, from being slaves to your own Fuehrer."

In a veiled threat to Europe to stop "choking" Belarus, he reminded Europe that it receives much of its oil and natural gas from Russia via pipelines that run through the country.

"Who needs these double-standards? Who needs instability in the heart of Europe? Not you, not us, not Russia. Let’s talk, we are people," he said. . . .

He seethes too as he recalls a pro-democracy stunt by a Swedish PR company in which hundreds of teddy bears were dropped from a light airplane over Belarus last July.

"You recently sent over a plane with humorous toys and this was a violation (of Belarus’s air space). And what if the military had opened fire and people had been killed?" he said. . . .

Lukashenko was the sole member of parliament in Belarus to oppose the agreement that preceded the end of the Soviet Union in 1991, and has been quoted as saying he regrets the country gave up its nuclear weapons.

Foreign observers have repeatedly refused to give elections in Belarus a clean bill of health.  (photo: 15min.lt)