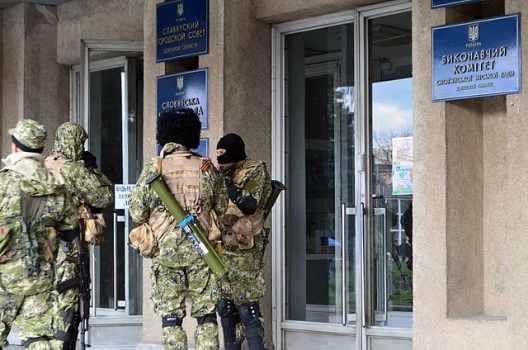 In more than a dozen interviews, planners, security officials and members of the intelligence community have spoken of Moscow with universal, if grudging, praise.

Tactically, they say, Russia has waged a dexterous and comprehensive campaign, and has been one step ahead at every turn. The Kremlin’s operations on the ground have been “masterly”, said one.

“I have been impressed. The eminent deniability of it all – this has been an exactly and beautifully calibrated operation . . . silent but deadly effective,” said Jonathan Eyal, international director of the Royal United Services Institute in London. The west “has been off-guard from day one. . . .”

“In Crimea, there was an obvious concentration of forces,” said one senior Nato military officer. “In eastern Ukraine, it’s much more specialist troops. It’s a small number – a very small number. These sort of characters do their work and then disappear very quickly, leaving things to the militias to take over.”

He points to examples where six-man groups, armed with expensive Russian kit such as VSS Vintorez sniper rifles and wearing special forces camouflage, have been observed aiding rebels.

Other figures are of even more interest to Nato intelligence chiefs. In one dossier of photographs seen by the Financial Times, another senior officer from a Nato state pointed not to armed men but to seemingly innocuous individuals among them in civilian garb. These were the men in charge, he said, judging by their positioning, body language and behaviour. They were almost certainly agents of the SVR or the FSB, Russia’s sprawling foreign and domestic intelligence services. . . .

[Former MI6 official Nigel Inkster]: “Everybody looks at what is happening in east Ukraine and they think in terms of tanks and conventional military capabilities, but the Russian state has always invested heavily in the special services and the intelligence agencies. They are the ones involved here. . . .”

Behind these successes lies a well-resourced intelligence machine, according to the Nato narrative. Indeed, this is perhaps what has most impressed Nato strategists.