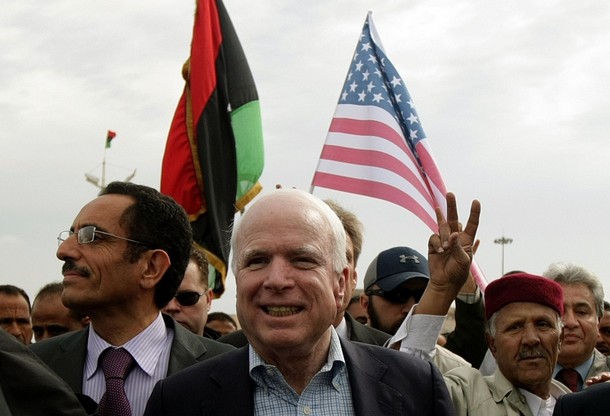 "I never wanted us to step down … because the united states [sic ] is NATO – that’s the reality," McCain said on CNN’s “State of the Union.”

McCain, who traveled to the rebel stronghold of Bengazi last week, said that those opposed to Libya’s longtime leader Moammar Gadhafi needed more military support and only the U.S. could provide it.  (photo: Getty)