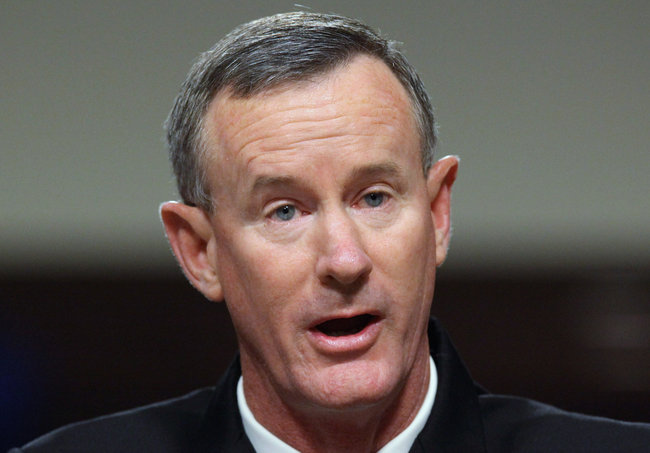 From Eric Schmitt, Mark Mazzetti, and Thom Shanker, the New York Times:  As the United States turns increasingly to Special Operations forces to confront developing threats scattered around the world , the nation’s top Special Operations officer, a member of the Navy Seals who oversaw the raid that killed Osama bin Laden, is seeking new authority to move his forces faster and outside of normal Pentagon deployment channels.

The officer, Adm. William H. McRaven, who leads the Special Operations Command, is pushing for a larger role for his elite units who have traditionally operated in the dark corners of American foreign policy. The plan would give him more autonomy to position his forces and their war-fighting equipment where intelligence and global events indicate they are most needed.

It would also allow the Special Operations forces to expand their presence in regions where they have not operated in large numbers for the past decade, especially in Asia, Africa and Latin America.

While President Obama and his Pentagon’s leadership have increasingly made Special Operations forces their military tool of choice, similar plans in the past have foundered because of opposition from regional commanders and the State Department. The military’s regional combatant commanders have feared a decrease of their authority, and some ambassadors in crisis zones have voiced concerns that commandos may carry out missions that are perceived to tread on a host country’s sovereignty, like the rift in ties with Pakistan after the Bin Laden raid.

Administration, military and Congressional officials say that the Special Operations Command has embarked on a quiet lobbying campaign to push through the initiative. . . .

Admiral McRaven wants the authority to quickly move his units to potential hot spots without going through the standard Pentagon process governing overseas deployments. Historically, the deployment of American forces overseas began with a request from a global combatant commander that was processed through the military’s Joint Staff and placed before the defense secretary for approval, in a cautious and deliberate process. . . .

The Special Operations Command now numbers just under 66,000 people — including both military personnel and Defense Department civilians — a doubling since 2001. Its budget has reached $10.5 billion, up from $4.2 billion in 2001 (after adjusting for inflation).

Even as the Pentagon trims its conventional force, with a refocus on the Asia-Pacific region and reductions in Europe, the Special Operations Command says it needs to permanently sustain that overseas force of 12,000 deployed around the world — with troops that came out of Iraq being distributed across regions that had not had many over the past decade.

Under Admiral McRaven’s evolving plans — what he calls the Global SOF Alliance — Special Operations forces would be moved around the globe at his direction, to bolster the forces available to the top Special Operations officer assigned to each theater of operation. Thickening the Special Operations deployments in these other regions would allow the United States to be ready to respond more rapidly to a broader range of threats.   (photo: Chip Somodevilla/Getty)