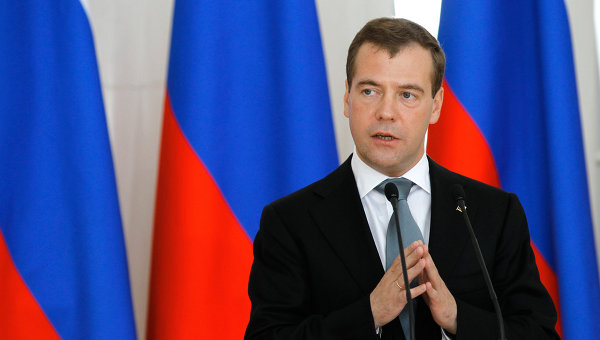 From RIA Novosti:  Russian President Dmitry Medvedev said on Thursday that it could take Russia and the United States until 2020 to reach agreement on a European missile shield, but the two sides must create the foundations for a deal now.

"This issue will be solved in the future, maybe in 2020, but we should lay the basis for the work of a future generation of politicians, we should create the right foundation," Medvedev told journalists after a meeting with after talks with U.S. President Barack Obama in France’s Deauville ahead of a G8 summit.

Obama said U.S.-Russian cooperation in the missile defense sphere should be aimed at maintaining the strategic balance between the countries and correspond to both Russian and U.S. interests.

The Russian-U.S. presidential commission announced on Thursday that it has concluded its work on a report on missile threats.

Russia and NATO agreed to cooperate on the so-called European missile shield during the NATO-Russia Council summit in Lisbon in November 2010. NATO insists there should be two independent systems that exchange information, while Russia favors a joint system.  (photo: Dmitri Astakhov/RIA Novosti)