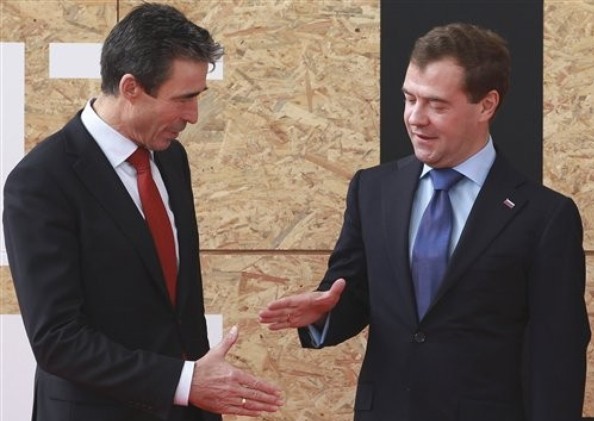 "The meeting… was historic in terms of its spirit and atmosphere," Medvedev told Polish media shortly before his visit to Warsaw, adding that efforts should be made in order not to lose the summit’s groundwork and to bring relations to a new level.  (photo: AP)