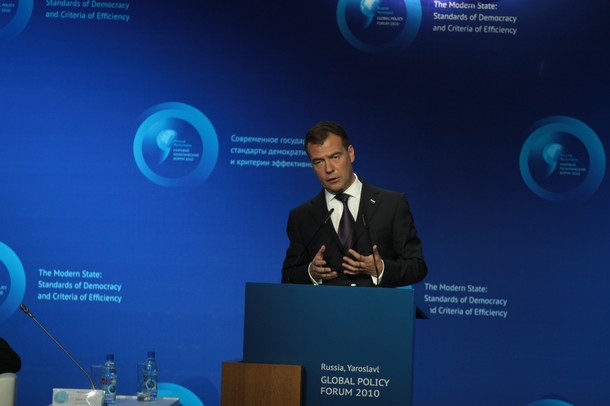 From InterFax:  A parliamentary democracy is an unacceptable form of governance for Russia, President Dmitry Medvedev said.

Speaking at a meeting with political analysts in Yaroslavl he said that he spent the first two years changing the political structure at the federal and regional levels.

Medvedev said many Russians had a "difficult relationship" with democracy, especially since the post-communist 1990s led to a rise in poverty.

Medvedev has been criticized for the slow pace of democratic reforms since winning power two years ago, and for brutal police crackdowns on protests.  (photo: Demotix)