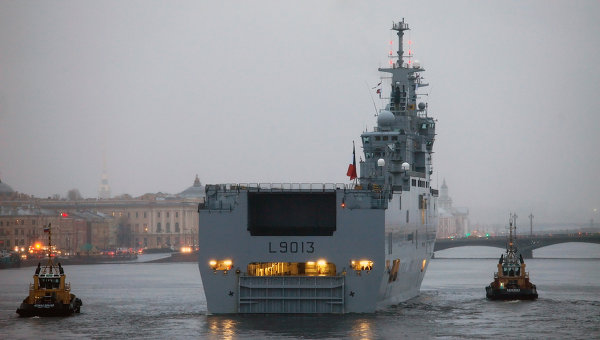 From RIA Novosti:  Russian President Dmitry Medvedev has sacked the senior Navy official who was in charge of talks with France over the purchase of Mistral-class warships.

The Russian Defense Ministry says the dismissal of Vice Admiral Nikolai Borisov is not linked with the Mistral deal, which has raised concerns among France’s NATO allies.