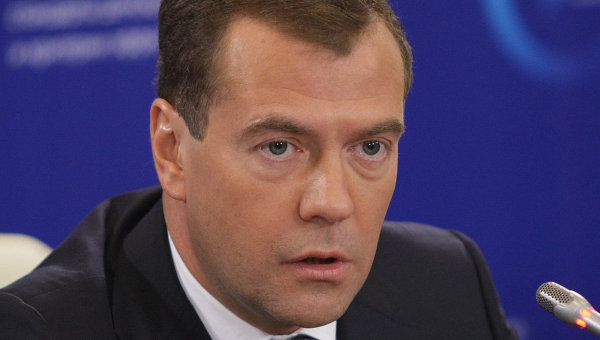 From RIA Novosti:  The United States is experiencing a certain amount of envy over Russia’s attempts to create a new system of European security, President Dmitry Medvedev said on Friday.

Medvedev proposed drawing up a new European security pact in June 2008, and Russia published a draft of the treaty in December 2009, sending copies to heads of state and international organizations, including NATO. …

"My [U.S.] counterpart, President [Barack] Obama does not avoid a discussion of this issue; he does not say that it is harmful or unnecessary. On the contrary, we return to this from time to time," Medvedev told experts at the Global Policy Forum in Yaroslavl, some 250 km northeast of Moscow.

"But I would suggest that among our American partners a certain envy exists with regard to this idea," he went on.

"It seems to me though that it is necessary to rise over this envy and try to look the truth in the eye – without the creation of this system, our world will not be able to survive. We can help each other here," he concluded.  (photo: Vladimir Rodionov/RIA Novosti)