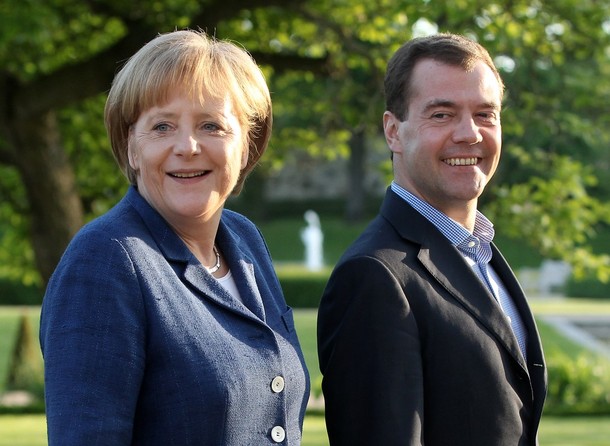 "In particular, the committee could be empowered to become a forum to exchange views on current issues of international politics and security, to develop guidelines for joint civil/military operations conducted by Russia and the EU on crisis management," a statement on results of talks between two leaders of countries said.

Merkel said that in the EU headquarters there is a committee which works on security issues in a framework of the Russian-EU cooperation adding that the committee might be extended by foreign ministers of the EU and Russia. …

It is expected that the committee will be headed by EU foreign policy chief Catherine Ashton and Russian Foreign Minister Sergei Lavrov.  (photo: Getty)