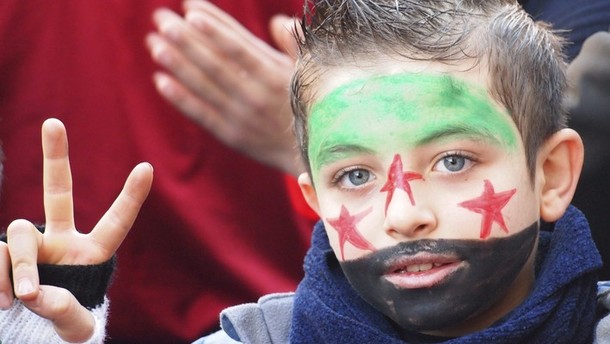 From Henry A. Kissinger, the Washington Post:  In our public debate, the crisis in Syria is generally described as a struggle for democracy, and its culmination is presumed to be the removal of Bashar al-Assad. Neither attribute fits the essence of the problem. The real issue is a struggle for dominance between Assad’s Alawites, backed by many of the other Syrian minorities, and the Sunni majority.

Assad himself is an unlikely leader with a reputation for indecisiveness. Having settled in London as an ophthalmologist — a profession that usually does not attract the power-hungry — he was drafted into Syrian politics only after the death of his elder brother, the designated heir to their dominant father. The conflict in Syria is therefore likely to continue — probably even intensify — upon Assad’s welcome and all but inevitable removal. With their front man gone, Assad’s clan and the Alawite minority, dominant in Syria’s military, may consider themselves reduced to a struggle for physical survival.

Constructing a political alternative to the Assad regime will prove even more complex than the course in Egypt or the other Arab Spring countries, since the contending factions are more numerous and less clearly delineated, and their differences more intense. Without creative leadership to build an inclusive political order — a prospect not yet clearly in evidence among the combatants — Syria may break into component ethnic and sectarian entities, whose strife would then risk spreading by means of affiliated populations into neighboring countries.

On all sides of the Syrian conflict, the commitment of the belligerents to democratic values and alignment with Western interests is, at best, untested. Al-Qaeda has now entered the conflict, effectively on the side that the United States is being asked to join. In such circumstances, U.S. policymakers encounter a choice not between a “realistic” and an “idealistic” outcome but between competing imperfections, between considerations of strategy and of governance. We are stymied on Syria because we have a strategic interest in breaking the Assad clan’s alliance with Iran, which we are reluctant to avow, and the moral objective of saving human lives, which we are unable to implement through the U.N. Security Council.

Since the Arab uprisings began, four governments have fallen, and several others have been seriously tested. The United States has felt obliged to respond to and occasionally to participate in this drama, but it has still not answered fundamental questions about its direction: Do we have a vision of what strategic equation in the region serves our and global interests? Or of the means to achieve them? How do we handle the economic assistance which may be the best, if not the only, means to influence the evolution?