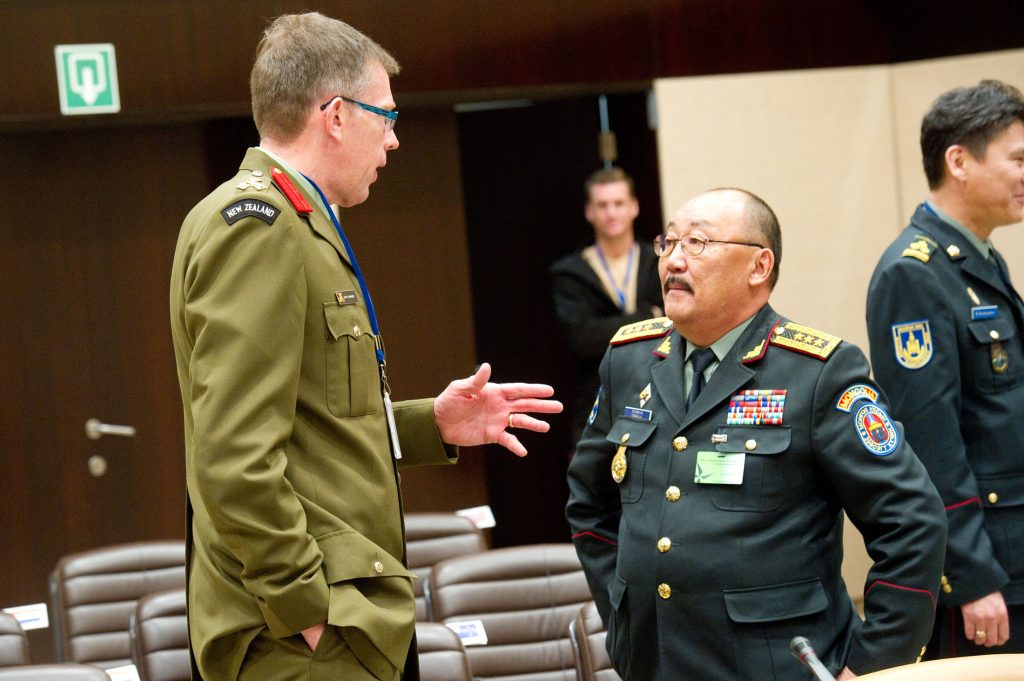 From J. Berkshire Miller, Defense News:  Ulan Bator has long been part of Washington’s strategic calculus in Central Asia and its importance has been magnified by the war in Afghanistan. More than 100 members of the Mongolian Armed Forces are serving in Afghanistan as part of the International Security Assistance Force. Mongolian troops have helped to train the Afghan National Army in mobile field artillery techniques and continue to provide security at Kabul International airport.

Mongolia also committed troops to the NATO mission in Kosovo from 2005 to 2007 and contributed peacekeepers to South Sudan last year. NATO has commended Mongolia’s enhanced role overseas and indicated that it shows “Mongolia’s intent and capability to contribute to international security.”

These deployments also built on the U.S. goodwill Mongolia secured through its troop contributions to the Iraq War, which prompted visits by then-U.S. Defense Secretary Donald Rumsfeld and then-President George W. Bush, the first sitting U.S. president to visit the nation. With this bolstered strategic relationship, Mongolia hopes to improve its interoperability with Western militaries and enhance its capacity in counterterrorism, cybersecurity and peacekeeping.

Ulan Bator’s cooperation with NATO was formalized this year when it signed an Individual Partnership and Cooperation Programme, which is expected to focus on building up Mongolia’s military capacity, as well as improving interoperability with NATO troops.

In a statement, NATO applauded the announcement and said it “attaches great importance to [its] partnership with Mongolia.” The program is symbolically important because it is the first official partnership approved since NATO amended its policies on external partnerships in 2011. . . .

The U.S. views Mongolia through an integrated lens balancing its economic interests with strategic concerns. As the world’s fastest-growing economy (GDP growth at 17.3 percent in 2011), Mongolia is an appealing target for foreign investors in sectors such as mining, nuclear power and technology. For Washington, though, security still trumps in Mongolia. The U.S. continues to view Mongolia as a credible partner in an uncertain area filled with truculent neighbors. . . .

Washington should take advantage of Mongolia’s unprecedented partnership with NATO to further integrate Ulan Bator into its security architecture in Central Asia. The time for Mongolia is now.

J. Berkshire Miller, a political analyst on the Asia-Pacific for the Diplomat, which is based in Tokyo.  (photo: NATO)