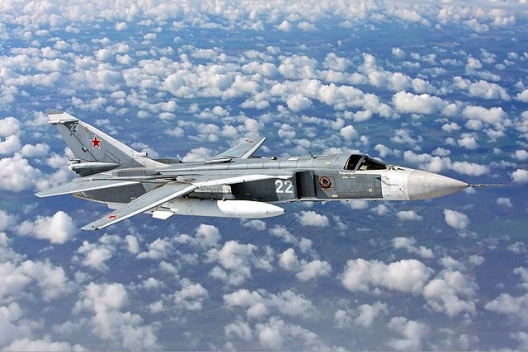 [T]he jets are monitoring the movements on the two ships, the USS Vicksburg missile cruiser and the Turkish TCG Turgutreis frigate, which are located in the southwestern part of the Black Sea. On Tuesday, three Su-30 jets and four Su-24 bombers conducted monitoring flights over these ships from the Novofedorovka air base.