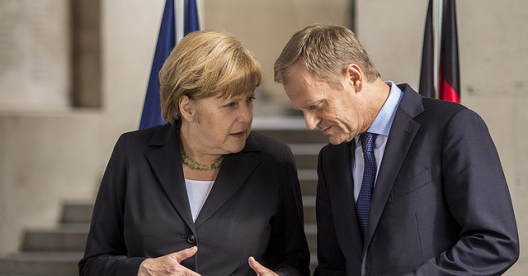 Nearly three quarters of Germans would oppose NATO having permanent NATO military bases in eastern Europe as requested by Poland and the Baltic states because of a perceived threat from Russia, according to a new poll released on Wednesday. . . .

[S]ome NATO allies argue that permanent basing of large numbers of troops in the former Soviet bloc is too expensive, not a military necessity and needlessly provocative to Moscow.

Poland wants NATO to base troops on its territory but Moscow says this would violate Russia’s 1997 agreement with NATO.

In the Forsa poll for the Internationale Politik magazine’s latest edition due on Friday, 74 percent of people surveyed were against the idea while only 18 percent supported it. Opposition to permanent NATO bases in eastern Europe was higher in former communist eastern Germany, Forsa said.