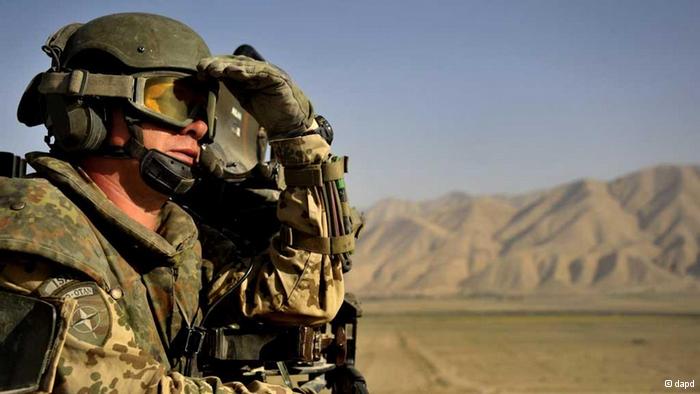 From Nicholas Fiorenza, Aviation Week: The Chicago summit will adopt multinational projects in the areas of logistics and sustainment; joint intelligence, surveillance and reconnaissance (ISR); force protection; and effective engagement. Each of these Tier 1 or short-term projects has a lead nation and several participating countries.

Germany is taking the lead in a project to pool maritime patrol aircraft (MPA) for individual national or collective NATO requirements. In the area of force protection, Italy is the lead nation in a project to pool road-clearance equipment to counter IEDs, or improvised explosive devices. . . . Building on a U.S. interservice project, Canada is leading a multinational effort to establish a NATO universal armaments interface, so combat aircraft of different nationalities can use the same munitions, with the aim of reducing integration times.

To avoid a repeat of the experience of running out of precision-guided munitions, as occurred during Operation Unified Protector, Denmark is leading a project to allow sharing of specialized munitions. Based on the experience of training the Afghan national security forces, the Czech Republic is leading a multinational helicopter training project. In logistics and sustainment, the U.K. heads a project to establish a theater-opening capability.

Medical support is a Tier 1 project not only at NATO, but for the EU. France leads the NATO effort, which involves setting up multinational field hospitals with modules of different nationalities, while the EU is looking at developing different modules in areas such as medical evacuation or surgery under Italian leadership.

For Tier 2 or medium-term projects, participating nations are still being identified. Under consideration are a joint MPA procurement project, which could result in a multinational MPA program, joint acquisition of air surveillance radar, counter-IED jamming and joint acquisition of Smart L radars. Initial ideas for Tier 3 or longer-term projects include strategic-level cooperation on ballistic missile defense, expanding air policing and building a permanent joint ISR architecture in which individual nations can plug and play with future systems. France and the U.S. are working on a proposal for the latter to be launched in Chicago or soon thereafter.

Some long-standing projects are being repackaged as examples of Smart Defense. This is the case of the Alliance Ground Surveillance (AGS) program, whose approval is imminent following the agreement by NATO defense ministers in February that alliance common funding will be used for AGS infrastructure, satellite communications, operations and support. In addition, the U.K. will provide the Sentinel R1 Airborne Standoff Radar (Astor) and France its Heron TP unmanned aerial vehicle as “national contributions in kind,” partly replacing financial contributions from these countries. Nevertheless, the planned 2015 initial operational capability and 2017-18 full operational capability for AGS is considered optimistic, as NATO pilots must be trained, and only one participating nation—the U.S.—operates the Global Hawk platform on which AGS will be based (Germany has so far only received a single EuroHawk).

Air policing is another NATO activity touted as an example of Smart Defense. Since the Baltic states—Estonia, Latvia and Lithuania—became alliance members in March 2004, fighter aircraft from other NATO nations have been taking turns policing their airspace every three or four months. George Robertson, the NATO secretary general at the time the Baltic states became alliance members, discouraged them from spending all their defense money acquiring fighter aircraft and encouraged them to improve other capabilities. Last February, the North Atlantic Council, NATO’s highest decision-making body, extended Baltic air policing, which was originally an interim arrangement, indefinitely. Similarly, Slovenia is policed by the Italian air force, which also patrols Albanian airspace with the Greek air force, and NATO air forces have been taking turns policing Icelandic airspace since May 2008, following the withdrawal of U.S. Air Force F-15s from the island nation two years earlier.

Belgium and the Netherlands are discussing setting up a joint quick reaction force of F-16s from their two air forces to police Benelux airspace (which includes Luxembourg, another NATO country without the capability). Another idea for expanding air policing is for newer NATO allies whose air forces still operate MiGs—Bulgaria, Romania and Croatia—to replace them regionally or set up a regional fighter wing.  (photo: DAPD)