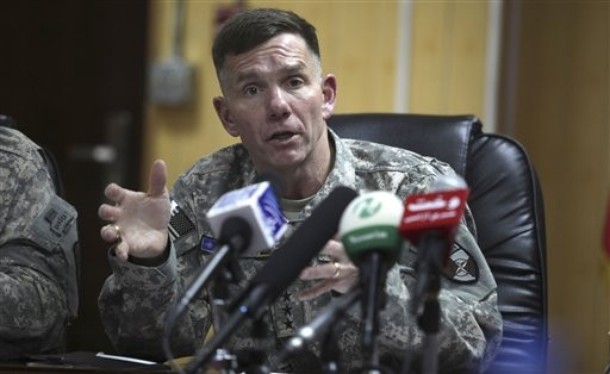 From Tarek El-Tablawy, the AP:  By the end of the year, NATO will have spent $20 billion on developing Afghan security forces since the start of 2010 and will maintain a training presence through at least 2016, the commander of the training mission said Wednesday.

Soaring illiteracy rates among service members and a shortage of specialized trainers, however, remain major hurdles as Afghans prepare to take control of securing their nation by the 2014 deadline for NATO to withdraw combat forces, said U.S. Lt. Gen. William Caldwell. …

Nonetheless, progress has been made.