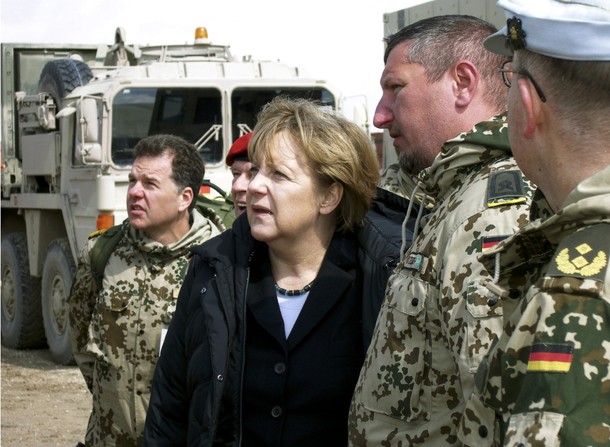 From David Rising, the AP:  The alleged slaying of 16 civilians by a U.S. soldier in southern Afghanistan will not affect plans to turn over security operations to local troops, NATO and member countries said Monday, calling for a quick investigation into the deaths.

NATO spokeswoman Oana Lungescu called for a swift and thorough investigation, but said it was an "isolated incident" and as such would not affect the alliance’s overall plans to turn over security operations to Afghan troops by the end of 2014.

"This is clearly a tragedy, but it should not be allowed in any way to change the mission, and it doesn’t change our commitment to the mission and to the timetable," she told The Associated Press in a telephone interview.

U.S. officials said the shooter, identified as an Army staff sergeant, acted alone after leaving his base in southern Afghanistan. Initial reports indicated he returned to the base after the shootings and turned himself in. He was in custody at a NATO base in Afghanistan. . . .

German Brig. Gen. Carsten Jacobson, a spokesman for the NATO-led International Security Assistance Force, said all forces had upped their security precautions out of concern for retaliatory attacks. . . .

Germany’s Foreign Minister Guido Westerwelle said it was a "setback for the strong commitment of the international community for peace and reconciliation in Afghanistan" and called for calm.

"It would be yet another tragedy if more people were harmed in reaction to this horrible act," he said.  (photo: Reuters)