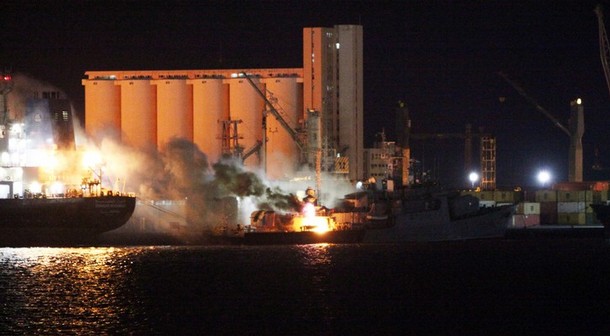 “All NATO’s targets are military in nature and are directly linked to the Qadhafi regime’s systematic attacks on the Libyan people,” said Rear-Admiral Russell Harding, Deputy Commander Operation Unified Protector. “Given the escalating use of naval assets, NATO had no choice but to take decisive action to protect the civilian population of Libya and NATO forces at sea,” he further added.

Over the past couple of weeks we have witnessed indiscriminate mining and the escalating use of force by pro-Qadhafi maritime forces. This has directly disrupted the safe flow of desperately needed humanitarian assistance and put NATO forces at risk. This development of pro-Qadhafi tactics has also demonstrated a clear intent to attack NATO forces.