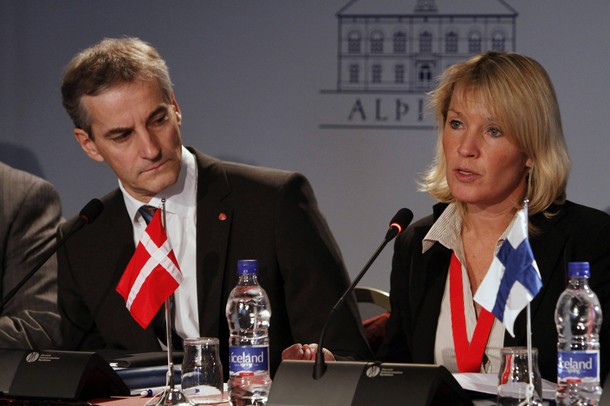 The appeal on behalf of the New Strategic Arms Reduction Treaty was made by the foreign ministers of Bulgaria, Denmark, Hungary, Latvia, Lithuania and Norway on the sidelines of a NATO summit in Lisbon.

Russian President Dmitry Medvedev issued his own warning Saturday about the implications for relations with Washington. He said failure to ratify the Start treaty "would be very unpleasant," rendering vain the work aimed at resetting Russia-U.S. relations. "If we fail to do it, the world will not become safer," he said. …

Saturday’s intervention by the NATO allies was closely coordinated with the White House.The six foreign ministers delivered their endorsement after a briefing organized by the White House. Senior Obama administration officials stood on the stage and in the audience, and the White House later distributed a transcript of their remarks. …

"For us, it’s European security that is at stake," Danish Foreign Minister Lene Espersen said.