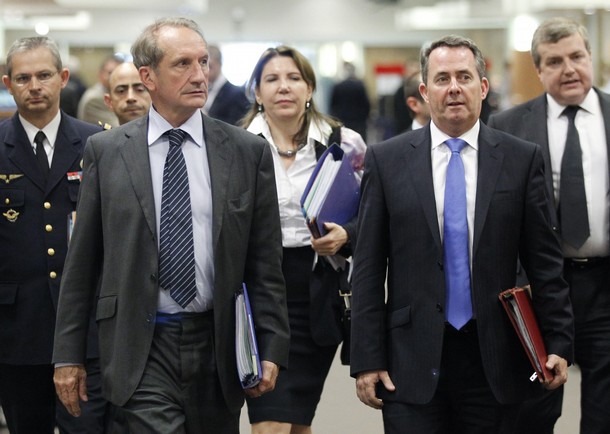 From James Blitz and Ana Fifield, the Financial Times:  Military experts say one way of gauging the lack of firepower in the Libya operation is to compare it to Nato’s 1999 air war over Kosovo. The Libya operation on Thursday entered its 78th day – exactly the length of time it took for Nato to remove Serbian forces from Kosovo. But Nato has flown only one-third the number of air sorties over Libya that it did over Kosovo – and hit only a fraction of the targets.

“When Robert Gates argues that the mission is under-resourced, you have to agree with that 100 per cent,” says Ben Barry of the International Institute for Strategic Studies in London. “It is no surprise that the Gaddafi regime is still able to let rip with rockets and artillery. Yet it is hard to see where the extra Nato firepower is going to come from.”

For the US, the blame lies very much with its European allies. Mr Gates has singled out Germany, Poland, Spain, Netherlands and Portugal for having the means to contribute to the Libya operation but refusing to do so. There is particular anguish over the stance taken by Germany and Poland, given that they have a combined 400 combat jets at their disposal.

In France, some figures in the military establishment believe the British could do more. “The UK are not really putting enough assets into Libya,” says a senior French official.

“We are daily putting between 30 and 35 aircraft into the operation but the British are putting in far less.”  (photo: Reuters)