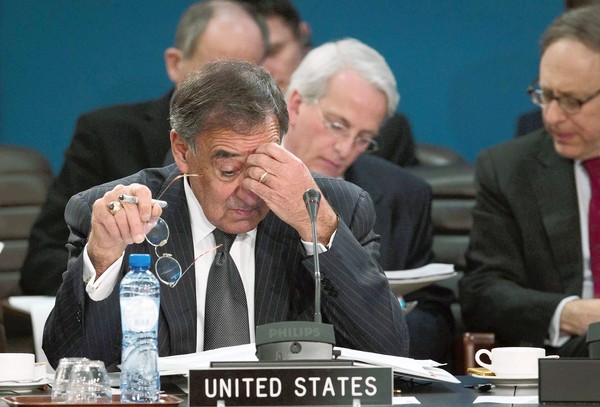 From David S. Cloud, the Los Angeles Times:  A U.S. proposal to step back from leading combat operations in Afghanistan by the middle of 2013 divided NATO on Thursday as some allies objected to being caught by surprise , and France suggested that the alliance completely end its involvement in fighting over the next two years.

Germany, Britain and other NATO members complained in closed talks at alliance headquarters here that they had been blindsided by Defense Secretary Leon E. Panetta, who described the U.S. plan to reporters on his way to Brussels on Wednesday, according to a senior NATO diplomat.

European governments, after backing the unpopular Afghan war for years despite little public support, said the U.S. plan was being viewed in news reports as an indication that Washington was eager to leave Afghanistan, which would make it harder for them politically to keep their own troops there, the official said.

Reflecting those concerns, French officials confirmed that Paris intended to pull its 2,500 remaining combat troops from Afghanistan by the end of 2013, and they suggested that the rest of the alliance examine whether it should follow the same timetable, according to a senior French diplomat. . . .

U.S. officials insisted that the transfer of duties to the Afghans did not mean the U.S. would cease combat operations entirely, but several U.S. and NATO officials initially had trouble explaining what the change would mean in practice. The announcement also seemed to spook both Afghan officials and U.S. military commanders, who worried that it meant U.S. troops would be pulled out more quickly than expected, an impression that, despite multiple efforts, U.S. officials did not entirely dispel. . . .

The U.S. plan also seemed to rattle NATO Secretary-General Anders Fogh Rasmussen. He told reporters Thursday morning that Afghan army and police personnel would be in the lead "by mid-2013," as Panetta had said, but at an evening news conference he announced that he needed to "clarify a few issues."  (photo: Julien Warnand/EPA)