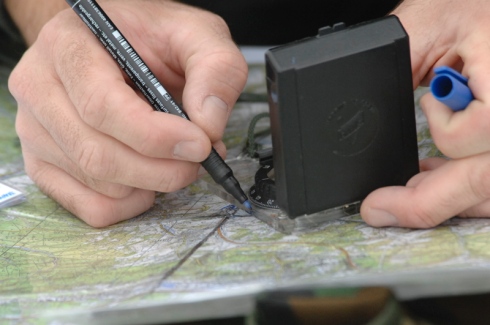 From Jennifer Svan, Stars and Stripes:  Faced with a critical shortage of joint terminal attack controllers, the Air Force has ramped up efforts to train more from allied nations, many of whom could deploy to Afghanistan to call in NATO airstrikes.

JTACs, as they are called, are airmen trained to call in airstrikes on enemy targets. Typically assigned to an Army ground unit, it is the JTAC’s job to choose the right bomb to be dropped and to help guide the pilot to the target if the unit comes under attack. The JTAC position is vital to reducing the number of civilians killed in airstrikes in Afghanistan, an issue that Army leaders have said is key to turning around the war there. …

Last year, Gen. David Petraeus, then the U.S. Central Command commander, highlighted in a memo to the Army and Air Force chiefs of staff the need for more JTACs, according to military officials. There’s a “big shortage” of JTACs that regularly serve with platoon-sized security teams and special forces’ units, Petraeus said.

That shortage is being driven by what the Army says it needs, and that’s one JTAC per Army company – a unit that typically consists of 75 to 200 soldiers.

“If we’re going to have a JTAC at each company, then that’s a lot of JTACs overall, which we’re not even close to having,” said Capt. Jon Chango, JTAC course director at the USAFE Air Ground Operations School in Einsiedlerhof, Germany. …

USAFE Commander Gen. Roger Brady has directed the Europe-based school to double its training capacity, from 72 to 144 graduates a year, said the school’s commander, Air Force Lt. Col. Al Roberts. At least 50 percent of those students are expected to come from countries other than the United States, he said.

In the current five-week initial qualification class of 14 students, for example, only three are from the U.S. Air Force. The rest come from Romania, Latvia, Estonia, Belgium, Norway, Slovenia, Croatia and Poland. …

Maj. Andreas Olssen, 35, a JTAC student and commander of Norway’s Air Ground Operations School, said his country has a robust JTAC training program but also sends students to the USAFE school and to the United Kingdom.

The U.S., he said, “sets the standard for what’s to be done in theater” since it owns a majority of the air assets there.

“Normally a JTAC is assigned to its own country unit,” he said. “It’s a national responsibility.” But if U.S. troops without a JTAC are under fire and a Norweigan JTAC is in the vicinity, “we always try to help each other out because we’re in it together.”  (photo: Michael Abrams/Stars and Stripes)