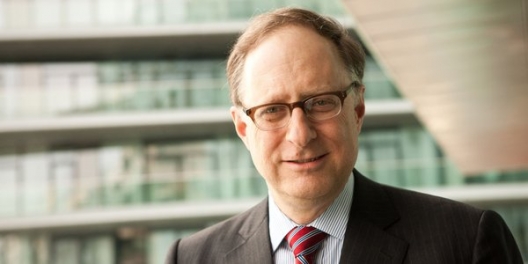 Russia has yet to live up to its part of the Minsk agreements, even though there have been a few lulls in the fighting. Russia’s aggressive military build-up continues, all justified by a false narrative of Western encirclement and betrayal. Yalta, not Helsinki, is proclaimed as the touchstone for European security.

And, of course, there’s been a new development. The Russian challenge is not just in Europe. Russia has entered the civil war in Syria, but not as part of the US-led Global Coalition to destroy ISIL, but rather to bolster the position of its ally, President Assad, who is responsible for the deaths of hundreds of thousands of his own citizens, and to establish a new outpost of Russian power on the Eastern Mediterranean. Together with ISIL’s spread and growing Sunni-Shia tensions, the security situation today is even more volatile and more complex than it was a year ago…

In the years since the fall of the Berlin Wall, defense spending fell and armies shrank throughout Europe. We therefore cannot replicate the deterrence posture that existed during the Cold War, even if we wanted to. The forces and the budgets necessary to maintain them are simply not there. And with the challenges to the south of Europe, having large numbers of static forces in one place is not helpful.

Today, our forces need to be flexible and nimble enough to move quickly to wherever they are needed – be that to face threats to the east of NATO or those on the southern flank of Europe. As such, our overall strategy must be based on mobility and rapid reinforcement. When faced by the diverse set of 21st century threats, it is essential that we can react with great speed and great power if we are provoked, wherever that may be. But it is not enough just to be fleet of foot.

Russia’s integrated anti-aircraft and anti-ship capabilities now cover large swathes of NATO territory. Russia has stationed large numbers of combat forces on our borders and has demonstrated it can move them with great speed and stealth, as well as use cyber and other hybrid tactics with great skill. At the same time, Russia has eliminated avenue after avenue of military transparency, deliberately creating insecurity wherever it can. We therefore need to balance the capacity for rapid reinforcement with a significant degree of forward presence on a rotational basis – along with forward-thinking proposals to restore military transparency and predictability in Euro-Atlantic affairs. This two-pronged effort is imperative if we are to effectively deter short-warning conventional threats or hybrid attacks while at the same time seeking to avoid accidental conflict.

We have to make it clear that crossing NATO’s borders is not an option, whether one uses tanks or “little green men” without insignias. There should be no doubt that any such action will be met with immediate resistance, and that it will be resistance meted out not only by local forces, but by European and North American forces too. We have to make clear that Russia’s nuclear activity and rhetoric have no effect on our resolve. And we have to remain resolute in our values of openness and honesty….

In the run-up to July’s Summit in Warsaw, Allies will continue to bolster our defense posture, adapting our Alliance to the realities we face today. We will build on the Readiness Action Plan. We will strengthen our resilience against cyber threats and other forms of hybrid warfare. We will assess our requirements for the pre-positioning of equipment, enablers and combat forces on a rotational basis to ensure we have the right balance between our forward presence and our capacity for rapid reinforcement – especially here in the Baltic region. We will continue to deepen our military and political cooperation with key partners like Sweden and Finland, who share our values and our security interests.And, if necessary, we will make adjustments to our broader deterrence posture across the full spectrum of Alliance capabilities.

We will ensure that everyone is very much aware that we will defend and protect all Allies if attacked. And by doing so, we will make it far less likely that we will ever need to act. Prevention is, as ever, worth a pound of cure.