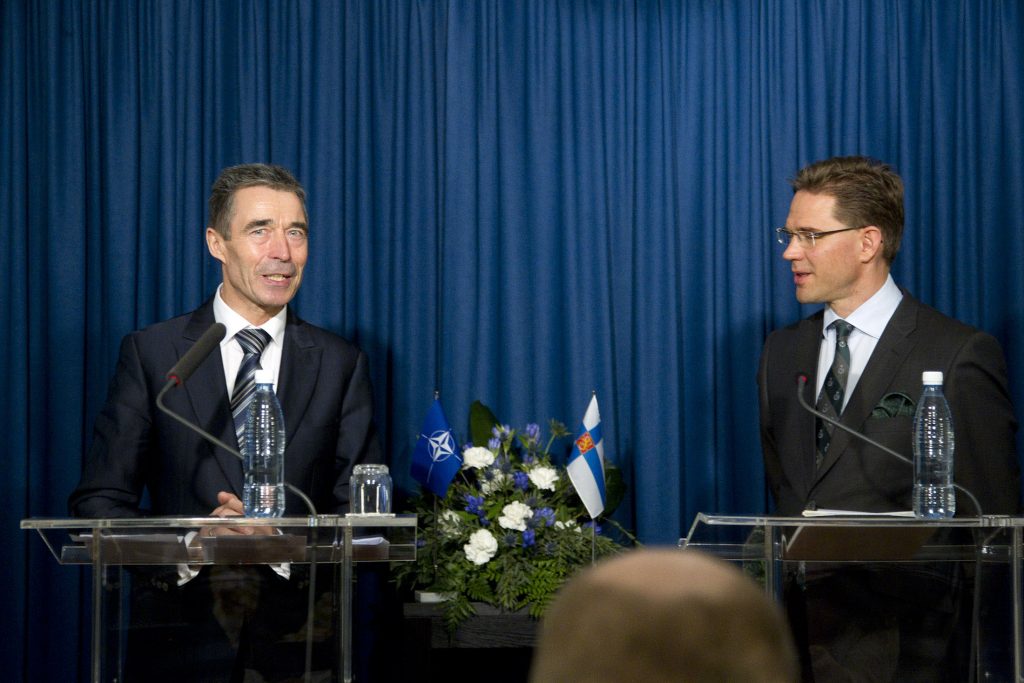 From NATO:  NATO Secretary General Anders Fogh Rasmussen on a visit to Helsinki on Thursday (15 November) called for a deepening of the Alliance’s partnership with Finland.

The Secretary General discussed NATO-Finnish cooperation with President Sauli Niinistö and thanked him for Finland’s continued commitment and contribution to the NATO-led missions in Afghanistan and Kosovo.

After his meeting with Prime Minister Jyrki Katainen, the Secretary General said that Finland is a “model partner” for NATO.

“We are partners in security and our close relationship over almost two decades has benefited us all,” the Secretary General said.

Mr Fogh Rasmussen said he saw three areas where cooperation between NATO and Finland could be expanded. In Afghanistan, Finland is one of eight NATO partners that have offered to contribute to a NATO-led training mission after 2014.

NATO is also looking to improve the ability of Finnish and Allied forces to operate together, with more joint exercises, training and education. “The Alliance and Finland could also cooperate more closely on developing military capabilities,” he said.

“We can do all this together because we are natural partners. We share the same values, we face the same security challenges and we realise that in this time of austerity and uncertainty we need cooperation more than ever,” said the Secretary General.

In a speech given to students at the University of Helsinki, Mr Fogh Rasmussen stressed the importance of cooperative security. He said NATO had become a key driver for cooperation between countries with shared security concerns. “We can help build security in the 21st century that will benefit Finland, NATO and the entire Euro-Atlantic region,” he said.

During his visit, the Secretary General also held talks with Foreign Affairs Minister Erkki Tuomioja and Defence Minister Carl Haglund. He also met with members of the Finnish Parliament and held a round-table discussion with Finnish opinion shapers.  (photo: NATO)