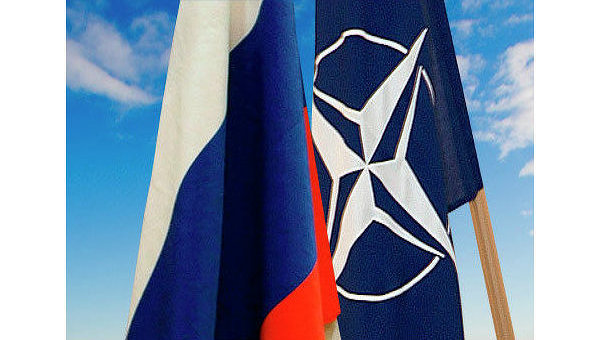 From NATO:  NATO and Russia agree that countering piracy is a common security challenge and have agreed to explore ways to strengthen cooperation in this area under the NATO-Russia Council (NRC) Work Programme for 2012. Building on limited military tactical cooperation off the Horn of Africa, they are seeking to strengthen information exchange and coordination and considering possible mutual support, such as refuelling and medical assistance, for ships involved in counter-piracy operations.

“We are all actors in the same area and good cooperation between our forces will enhance the effectiveness in keeping the shipping lanes safe as well as mutual understanding of the NATO and Russian units,” says Rear Admiral (LH) Sinan Azmi Tosun, the current Commander of Ocean Shield, NATO’s counter-piracy operation in the Gulf of Aden.

NATO and Russian ships work as convoy escorts in the Internationally Recommended Transit Corridor (IRTC), which was established in early 2009 to help provide protection and security to merchant shipping in the Gulf of Aden and the southern Red Sea, a busy shipping area that is particularly prone to attacks by pirates operating from Somalia. Russian assets are occasionally invited to participate tactically with the ships of Allied countries and the naval task forces of other international actors operating in the area.

In January, Rear Admiral Tosun visited the flagship of the Russian Pacific Fleet detachment which operates in the area, the Admiral Tributs, when it was escorting a merchant vessel convoy near where the NATO flagship, TCG Giresun, was patrolling. He had a constructive meeting with the Russian Commander, Captain 1st Rank Ildar Ahmerov. Both sides shared information on their counter-piracy operations and discussed opportunities for training to improve interoperability between NATO and Russian ships.  (photo: Allied Command Operations)