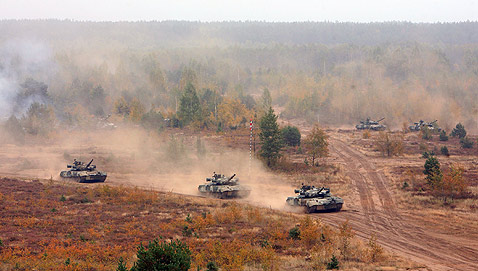 From the Economist:  In the heart of NATO’s military headquarters, SHAPE, near the Belgian city of Mons, an unspoken revolution is taking place: planners are thinking about how to defend eastern European members from Russian attack. For years after the cold war, the orthodoxy was that Russia did not pose a threat, so NATO did not need to draw up contingency plans to protect newer members, such as the Baltic states.

That has now changed, NATO officials say, though nobody wants to speak about it publicly. Anders Fogh Rasmussen, NATO’s secretary-general, puts it obliquely. “We have all necessary plans in place to defend and protect all allies. I think the Russians would be surprised if we didn’t. That’s the core purpose of the alliance.”

This realignment comes as NATO is rethinking its role. Mr Rasmussen will present a draft of NATO’s new blueprint, known as the “strategic concept”, to ministers in the autumn. A final version will be approved at NATO’s Lisbon summit in November. It will attempt to capture the lessons of the war in Afghanistan, such as the need for a “comprehensive approach” to co-ordinate military operations with economic reconstruction and political action. But the strategic concept is also an attempt to look beyond Afghanistan, as NATO countries think about how to pull back from combat there.

Indeed, with Afghanistan becoming a predominantly American affair, the alliance is again worrying about its own relevance. One answer is to seek new roles: cyber-defence, and building ties with India and China. Another is to return to NATO’s core objective: the defence of the allies. Many post-communist states, and even Norway, are nervous that the focus on “expeditionary” operations such as Afghanistan has weakened mutual defence under Article 5 of the NATO charter. The Kremlin has given them reasons to worry: the Russian-inspired cyber-attacks on Estonia in 2007, Russia’s war with Georgia in 2008 and the large military exercises in western Russia in 2009 that culminated in a mock nuclear strike on Warsaw.  (photo: Belarussian Telegraph Agency)