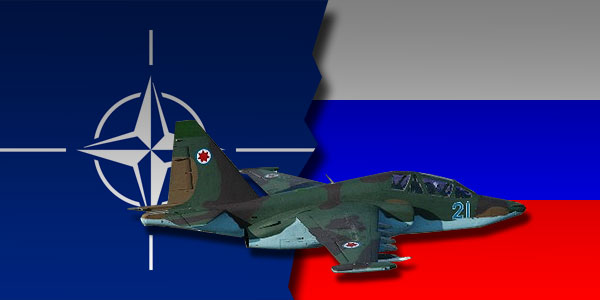 From NATO:  From 6 to 10 June 2011, NATO and Russian fighter aircraft will take part in counterterrorism exercise “Vigilant Skies 2011” – a joint demonstration of the NATO-Russia Council Cooperative Airspace Initiative (NRC CAI). This initiative is designed to prevent terrorist attacks which use civilian aircraft, such as the attacks on the World Trade Center on September 11, 2001, by sharing information on movements in NATO airspace and Russian airspace, and by coordinating interceptions of renegade aircraft.

As such, the CAI will improve air safety for the thousands of passengers using international flights between NATO airspace and Russian airspace each day, and the millions of inhabitants on the ground.

The new system has two coordination centres – in Warsaw and Moscow – and local coordination sites in Kaliningrad, Rostov-on-Don, Murmansk (Russia), Warsaw (Poland), Bodø (Norway), and Ankara (Turkey). CAI is one of the priority areas of the NATO-Russia Council work programme.

The ‘live flying’ phase of the exercise will take place over two days:

This is the first such counterterrorism exercise held between NATO and the Russian Federation and will be a major milestone for reaching operational capability of the CAI system. (photo: Inorden)