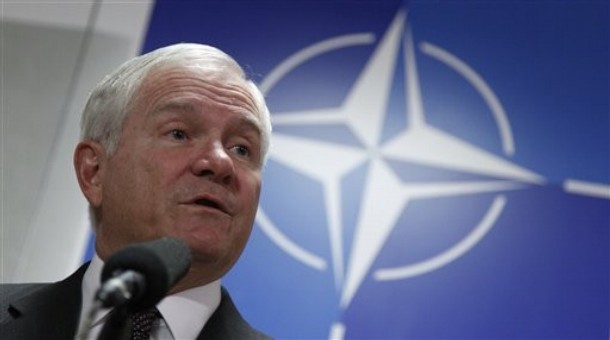 From Derek S. Reveron, the New Atlanticist:  While the Afghan people have the most to gain or lose from NATO’s decisions, the ministerial has reopened the debate that Europe is not doing its fair share to bring stability to Afghanistan. U.S. Defense Secretary Robert Gates captured this recurring theme in transatlantic relations: "We can’t lose our momentum or give in to calls to withdraw before the job is finished. America is willing to bear the lion’s share of the burden, but we cannot do it alone."

He continued, "Unfortunately, some recent rhetoric coming from capitals on this continent — is calling into question" the resolve expressed by NATO, President Karzai, and other contributing nations at the 2010 Lisbon Conference, he said. "Frankly, there is too much talk about leaving and not enough about getting the job done right. Too much discussion of exit and not enough discussion about continuing the fight."

To be sure, there is a growing “Afghan fatigue” in NATO capitals, and recent events in north Africa, Bahrain, Yemen, and Japan will surely shift media attention from Afghanistan.

This would be unfortunate. …

While it is tempting to move to the next crisis in Libya or Japan, leaders must recognize that Afghanistan is on a three-year trajectory to assume primary responsibility for security by December 31, 2014. To shift gears earlier could undermine international consensus and the progress being made.

Derek S. Reveron, an Atlantic Council contributing editor, is assigned to NTM-A; his latest book is Exporting Security: International Engagement, Security Cooperation, and the Changing Face of the U.S. Military. He is currently on leave from the Naval War College.  (Photo: AP).