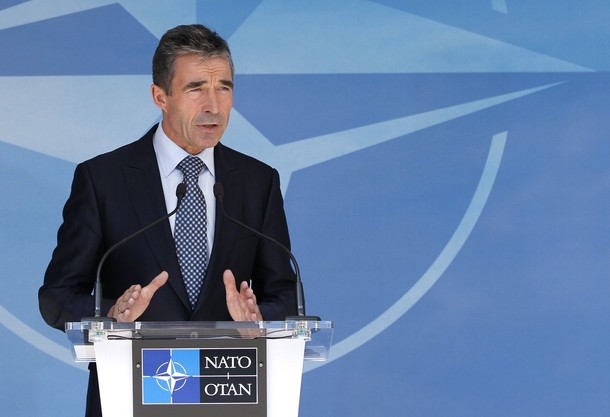 From Anders Fogh Rasmussen, NATO:  I congratulate the Libyan people on the announcement of the results of the first election held across the country in almost half a century. This election marks an impressive step forward in Libya’s transition to democracy, after over forty years of dictatorship. I pay tribute to all the candidates and political parties who have contributed to the success of this first free and democratic vote, and to the almost 2 million men and women who exercised their hard-won right to vote.

NATO is proud of the role that we played, together with our partners, in protecting the Libyan people under the mandate of the United Nations Security Council. We look forward to working with Libya’s new leaders, including the elected National Congress. NATO stands ready to assist, if requested, in building the modern security and defence institutions that the new Libya needs.  (photo: Reuters)