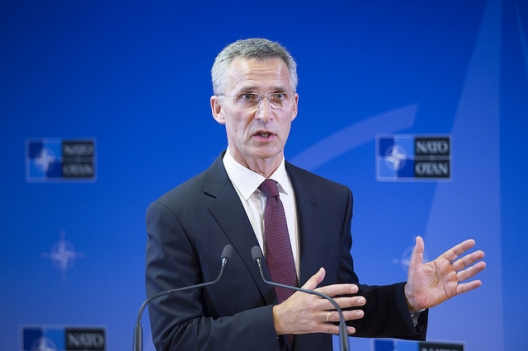 “This is a severe threat to the ceasefire,” he said. “I call on Russia to pull back its forces and equipment from Ukraine, and to fully respect the Minsk agreements. . . .”

A Reuters reporter, however, saw unidentified military trucks in the centre of Donetsk on Wednesday, with soldiers in green uniform without insignia standing nearby. Russian soldiers spotted by local residents have often worn no insignia.

Kiev’s fear is that Putin, who annexed the Crimean peninsula from Ukraine in March, wants to expand the territory controlled by the separatists with another military push like the one that turned the tide in the rebels’ favour in August.

Moscow denied sending in troops and armour in August but said some Russians may have been there as volunteers during their holidays. A large number of Russian soldiers are among the dead in the conflict.