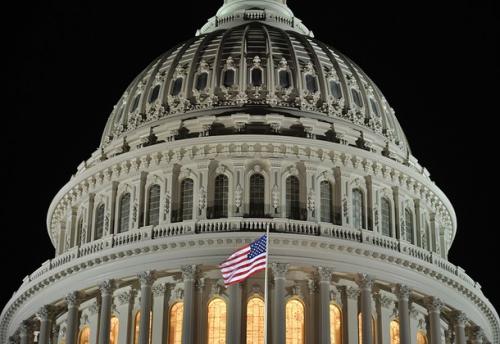 From Ian Brzezinski, the Atlantic Council:  The Chicago Summit will be important in large part because of the context in which it takes place. That context includes:

Some have asserted that the NATO meeting in Chicago should be an “implementation summit” that focuses on Afghanistan and reviews Alliance progress under its new Strategic Concept promulgated in 2010. In the light of the above, that will be insufficient. That would reinforce a sense of NATO’s growing irrelevance and further a process of transatlantic decoupling.

If the Chicago summit is to have one principal, overarching purpose, it should be to provide credible reaffirmation of the Transatlantic Bargain – one in which the United States demonstrates commitment to Europe’s regional security interests and our European allies demonstrate that they stand ready to address global challenges to transatlantic security. . . .

First, the President must credibly reaffirm Europe’s centrality in US global strategy. . . .

The fact that US draw-downs in Europe occur in the context of an increasingly assertive Russian foreign policy, rising Russian defense expenditures, and increased Russian military deployments along the country’s western frontiers only adds to a sense of regional consternation. . . .

[T]he Obama Administration promised to increase rotational deployments to Europe. But, it will be challenging for a unit that rotates to Europe for six to eight weeks a year to match the engagement a unit permanently stationed there has with its European counterparts.

The Administration has yet to communicate when and what units will execute those exercise rotations. It would be appropriate and reassuring to NATO allies to have that training schedule articulated by the time of the Chicago Summit. Continued ambiguity on this issue communicates disinterest not just in Europe’s regional security, but also in Europe’s role as a military partner in out of area operations. . . .

Second, the Chicago Summit should be used to reanimate the vision of a Europe whole, free and secure as a guiding priority for the transatlantic relationship. . . .

To revitalize the process of NATO enlargement at the Chicago Summit, NATO heads of state can and should:

Third, the Alliance must chart its way forward in an era of financial austerity. The Chicago Summit occurs in the midst of a prolonged economic crisis on both sides of the Alliance, but in Europe it has exacerbated an endemic problem of eroding European military capabilities. . . .

The Alliance’s capability shortfalls are real and urgent today. NATO has worked diligently to foster Smart Defense initiatives in areas of logistics and sustainment, force protection, training, intelligence, surveillance & reconnaissance, and combat operations. The Summit’s capability emphasis should focus on these projects to which Allies can sign-up today and deliver in the near term. . . .

Fourth, the Chicago Summit should be used to expand and deepen the partnerships the Alliance has developed around the world. The globalized and increasingly hybrid character of today’s challenges make it important for the Alliance to expand and deepen its relationships with non-governmental organizations and non-member states around the globe. They have been of great value to NATO’s efforts in Afghanistan, Libya and elsewhere. They include the military and financial contributions of Sweden, Australia, New Zealand, Korea, Jordan, the UAE, Qatar and Morocco, among others. . . .

At Chicago, NATO aims to map out a strategic partnership with Afghanistan that will endure well beyond 2014. The US-Afghanistan Strategic Partnership, even if it is fleshed out robustly, will likely be insufficient to ensure success in Afghanistan in the absence of a long-term transatlantic commitment to the Afghan people.

Failure in Afghanistan would present its own negative regional consequences. It would also be a serious blow to the credibility of the Alliance and, thus, to the commitment of its member states who have sacrificed much largely out of resolute solidarity with the United States.

Excerpts from testimony by Ian Brzezinski, Atlantic Council senior fellow with the International Security Program, before the US Senate Foreign Relations Committee on the upcoming NATO Summit in Chicago.  (photo: Getty)