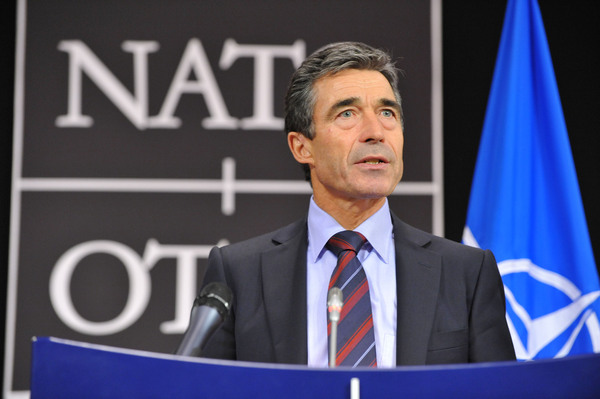 From Ian Traynor, the Guardian:  Anders Fogh Rasmussen threw his support behind suggestions that London and Paris were exploring a radical departure in defence policy, in seeking a deal under which French engineers maintain British nuclear warheads. David Cameron and Nicolas Sarkozy will hold a summit in three weeks at a UK naval base with military collaboration high on the agenda.

A breakthrough between the UK and France could provide the model for sustaining Nato at a time of financial crisis and slashed defence budgets, Rasmussen told a group of journalists, including the Guardian, in Brussels. "It’s very much what I said is the way forward, to identify assets and capabilities that could be shared," he said.  Paris and London should pool resources on "laboratories, shared services, and maintenance", he added, in reference to proposals that Britain’s 160 nuclear warheads should be transported to France for servicing by French atomic scientists and engineers. …

Rasmussen said the slashed budget must not affect Britain’s "deployable assets, transport and hi-tech capabilities" and added: "It’s an essential part of British security policy to continue to defend its interests beyond the UK’s borders." (photo: NATO)