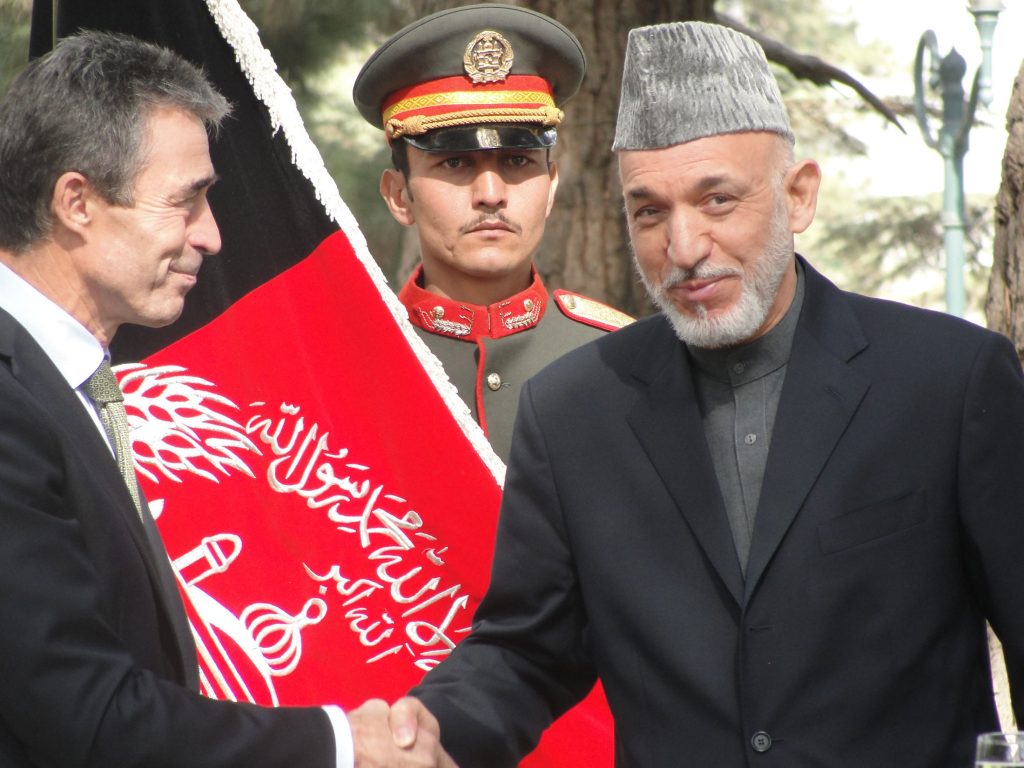 From Adrian Croft, Reuters:  NATO’s chief Anders Fogh Rasmussen urged the Afghan government on Friday to strive for free, fair and transparent elections in the 2014 presidential poll, saying they marked a critical juncture in the country’s quest for peace.

His words came a day after President Hamid Karzai suggested foreign members be removed from the election watchdog, in a step that could be seen as bolstering his grip on power.

"I think it is essential for building trust and confidence between the Afghan people and the Afghan government that the presidential elections take place in a manner that is free, fair and transparent," Rasmussen said in an interview with Reuters on the airstrip at Camp Marmal, a sprawling military base near Mazar-e-Sharif in northern Afghanistan.

He spoke at the end of a two-day visit to Afghanistan with senior diplomats from 35 countries that supply troops to the NATO-led force in Afghanistan.

Rasmussen told reporters earlier that a smooth political transition of power according to the Afghan constitution would be a "litmus test, an indication of the strength and sustainability of the Afghan democracy".

"The way the presidential election is conducted will have strong importance when it comes to the whole credibility of the transition process," he added. . . .

A security analysis released by the International Crisis Group think-tank this month said Karzai’s increasingly unpopular government could collapse after the NATO withdrawal, especially if people lost confidence in the outcome of presidential elections the same year.

"In the current environment, prospects for clean elections and a smooth transition are slim," the ICG report said. (photo: NATO)