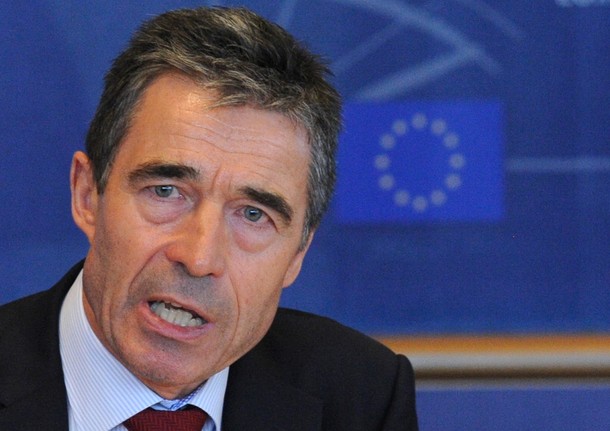 From Anders Fogh Rasmussen, NATO:  Europe cannot afford to be inward-looking or self-absorbed. . . .

Today’s economic difficulties may tempt European nations to become introverted.  But the need for a confident, compelling, outward-looking Europe has never been greater.

The good news is that Europe is not starting from scratch. Today we have a more capable and more willing Europe than 20 years ago. More European troops are deployed in more places than ever in recent history. Even smaller nations, like my own, have shown their capacity to punch above their weight.

In Libya last year, European nations clearly demonstrated that they are willing and able to lead a NATO operation. Without significant American contributions, however, Operation Unified Protector would have been less effective. Assets like air-to-air refueling, surveillance, and intelligence, made all the difference.

For Europeans to provide such assets requires political commitment, just as much as financial resources. Because individual nations can no longer afford these military capabilities on their own – now or in the future.

However, if we pool and share resources, if we help each other, if we go for multinational solutions, then we can afford the capabilities we need in the 21st Century. This is Smart Defence. And a crucial part of Smart Defence involves closer coordination and closer cooperation between NATO and the European Union.  So that we reinforce each other, rather than compete with each other. Because, we all know we share 21 members. And they only have one set of forces. And one set of tax-payers. This is why I welcome the European Union pooling and sharing initiative – and I particularly welcome the current project on air-to-air refueling. . . .

Europe must invest sufficiently in our common security. And Europe must continue to invest in the vital transatlantic bond – in political, economic, and military terms.

Excerpts from address by NATO Secretary General Anders Fogh Rasmussen to the joint meeing of the European Parliament’s Committee on Foreign Affairs and Sub-committee on Security and Defence.  (photo: Getty)