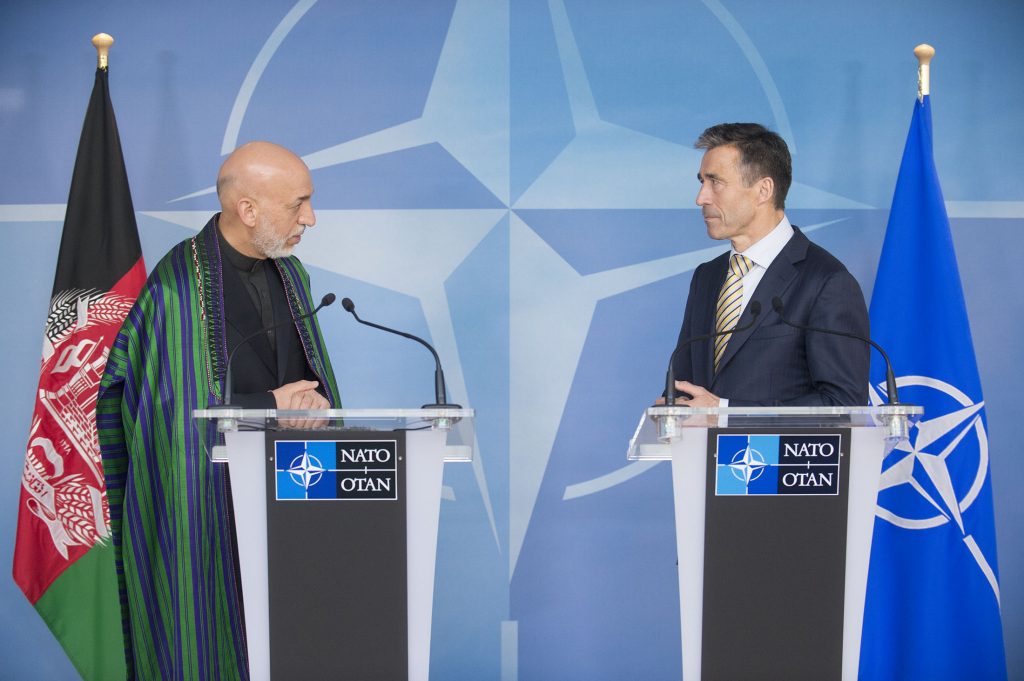 From AP:  NATO’s secretary-general has sharply rejected Afghan President Hamid Karzai’s view that the presence of international troops in his country caused much suffering but achieved few gains.

Anders Fogh Rasmussen said Thursday in Brussels the progress achieved in Afghanistan “thanks to the immense efforts and the solemn sacrifices” by the U.S. and other troop contributor nations “is remarkable and it cannot be denied.”

From NATO Secretary General Anders Fogh Rasmussen:  Thanks to the immense efforts and the solemn sacrifices of the troops and civilians from ISAF contributing nations, Afghanistan has come a long way in the past decade. The changes have been remarkable, and our investment in lives and resources has been unprecedented. Nobody can deny that. And this effort should be respected.