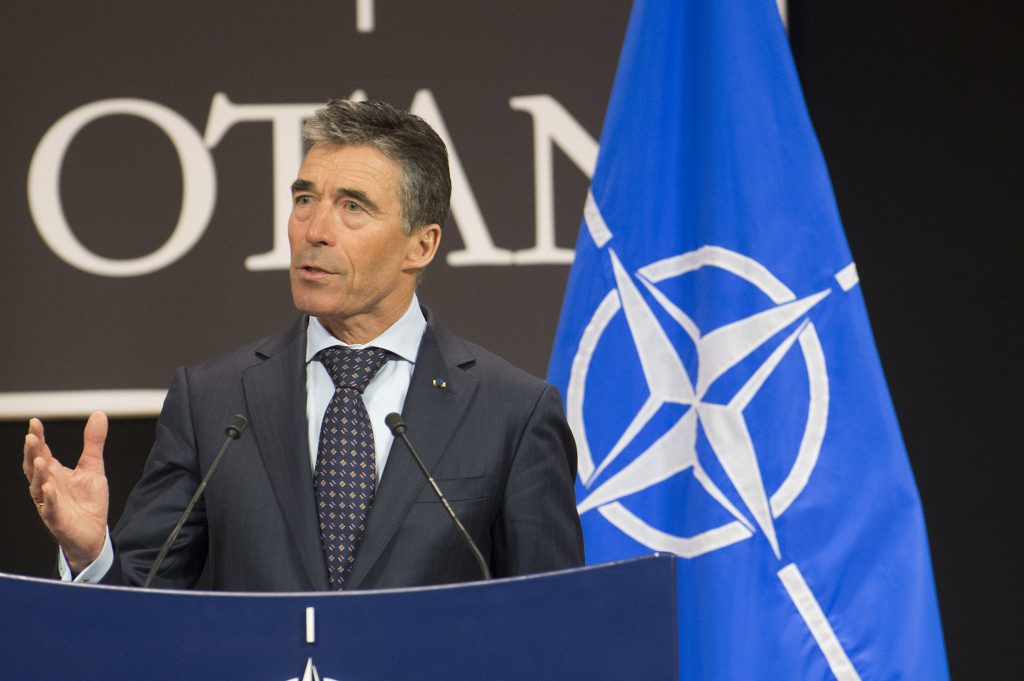 NATO chief Anders Fogh Rasmussen sharply regretted international divisions over Syria on Sept. 5, warning that such splits risked sending a message of encouragement to dictators accross the globe to use prohibited deadly weapons.

“I strongly regret that division within the international community,” Rasmussen told AFP on the sidelines of an EU defense ministers’ meeting taking place in Lithuania as the United States and Russia sought to overcome divisions over a U.S.-led push for military action against the Damascus regime.

“It sends a very dangerous signal to dictators all over the world that they can use chemical weapons and maybe other weapons of mass destruction without any reaction from the international community,” he added.

Rasmussen called for “a firm international response”, insisting he was confident Syrian President Bashar al-Assad’s regime was responsible for chemical weapons attacks on the outskirts of Damascus on August 21 which killed hundreds. . . .

“If individual nations were to respond militarily, it would be in defence of international conventions that clearly ban the use of chemical weapons,” he said.