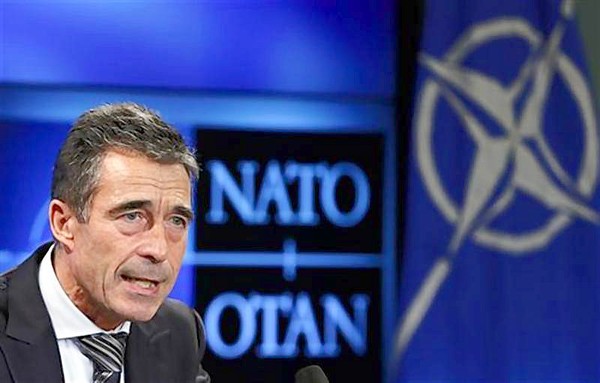 From Jan Lopatka and Jana Mlcochova, Reuters:  NATO chief Anders Fogh Rasmussen expressed concern on Monday over the arrests of opponents of Georgia’s new government following elections last month, and urged the authorities to ensure there was no political meddling in their trials. . . .

"I’m extremely concerned about the development we have seen since (the elections), not least related to recent arrests of political opponents in Georgia," Rasmussen said at a meeting of NATO parliamentary assembly in Prague.

"It’s for the legal system, the judicial system in Georgia to sort out these cases. But of course it’s important that such trials are not undermined by political interference," he said.  (photo: Francois Lenoir/Reuters)