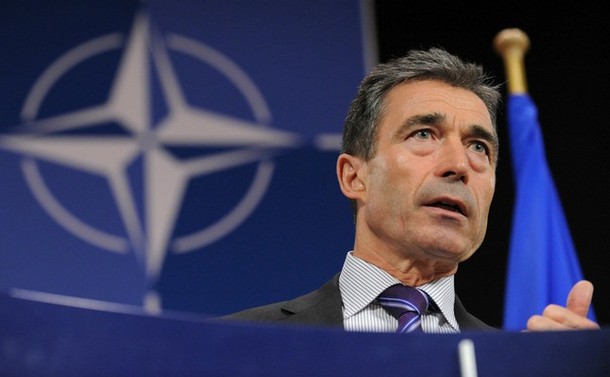 SPIEGEL: What criteria have to be met so that you can call the NATO operation "Unified Protector" a success?

Rasmussen: If we manage to stop the violence, so that there is no longer a threat to the Libyan civilian population.

SPIEGEL: The implementation of a no-fly zone alone is extremely costly. Such zones had to be maintained for years in the Balkans and Iraq.

Rasmussen: I very much hope that we will be able to find a political solution in the near future. The worst outcome would be a military stalemate or a de facto partition of Libyan society, in which Libya would become a failed state and a breeding ground for terrorist groups — and that so close to Europe’s borders.

SPIEGEL: At the moment, it’s looking like a military stalemate is a very real possibility. Libya is already de facto divided. Is peace in a divided Libya possible?

Rasmussen: In the end, it will be up to the UN to help Libya achieve a political solution to this crisis. The territorial integrity of Libya must be maintained. …

SPIEGEL: In August you will have been head of the defense alliance for two years. Did you expect so many difficulties? As a result of the WikiLeaks publications, we now know that an American mole secretly forwarded documents and the minutes of meetings from your office to Washington.

Rasmussen: I have been in politics for so long that nothing surprises me anymore.

SPIEGEL: At the beginning of your term, you said that you wanted to be more of a general than a secretary. Some in the alliance are taken aback by your assertive manner. Do you need to be more gentle and compromising, or is banging on the table with one’s fist simply a part of the top job at NATO?

Rasmussen: I am not a patient person by nature. But I was the head of a minority government in Denmark and have spent countless hours forging majorities. There are 28 members of NATO, and all decisions must be made unanimously. This means that I often have to be more of a secretary and focus on mediation.  (photo: Getty)