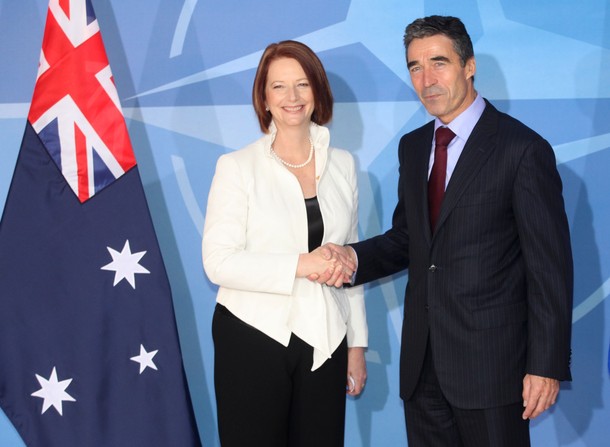 Announcing the trip next week to Australia only hours before meeting New Zealand Prime Minister John Key in Brussels, Mr Rasmussen said "both countries are making a real difference to our mission in Afghanistan".

"Countries such as Australia and New Zealand may be far away geographically, but they are very close to us in terms of values and commitment,” he said. . . .

Mr Rasmussen also welcomed Australia’s decision to take the main mentoring role in the central Afghan province of Uruzgan from the US command.

New Zealand currently has 189 troops in the 130,236-member force ISAF force in Afghanistan, while Australia has 1550 troops, the largest non-NATO contingent. (photo: Getty)