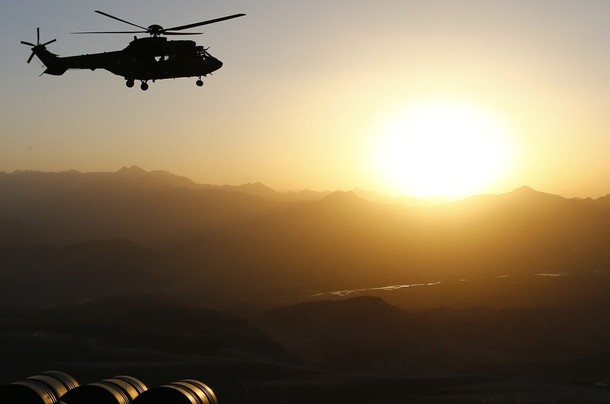 From the AP:  NATO has closed more than 200 bases in Afghanistan and transferred nearly 300 others to local forces, a concrete step toward its 2014 target of handing over security responsibility, NATO officers said Sunday.

All 202 closed facilities were small, ranging from isolated checkpoints to bases of a dozen to 300 soldiers, said Lt. Col. David Olson, a NATO forces spokesman. Most of the closures have been along the country’s main highways, spread across nearly every province, Olson said.

Another 282 bases of the same size have been handed over to the Afghan government, he said.

That means international forces now operate about half as many bases in Afghanistan as in October of 2011, when they ran about 800 bases.  (photo: Getty)